Raynaud,
a story of family and talents

Raynaud, a name that has perpetuated the Limoges porcelain tradition for over a century through three generations entrepreneurs. Raynaud has been creating refined porcelain for a century, always in search of elegance and generosity. A poetic vision guides all the stages of the creation of the collections, which surprise by their sophistication, their narrative richness and expressiveness of each of their pieces.
High standards are the key word: they direct the creation and production of extremely refined porcelain. This expertise, associated with a keen sense of detail, characterizes Raynaud porcelain, whose excellence is today recognized around the world. There are many inspirations, drawn from art, gastronomy, travel and history, to tell with passion an art of living freed from any conformism and curious about other cultures. 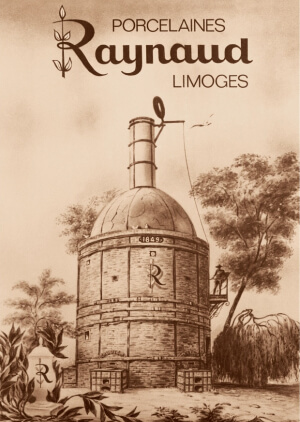 It all started when Martial Raynaud, traveler representing porcelain usher, who has been traveling around the world since the end of the 19th century to sell “white gold” to wealthy clients, decides to create his own decoration workshop in Limoges.

Building on his success in Europe and to the borders of Russia, he acquired the Montjovis factory which he completely reorganized to found Raynaud porcelain.

This pioneer, who has traveled the world  and speaks several languages, is an outstanding entrepreneur, but also an esthete, curious about everything. He left an immense creative legacy to his descendants, resulting from his encounters in the four corners of the world and the cultural turmoil that characterized his time.

André, Martial's eldest son, follows his father from an early age in the factory and learns very early in drawing and oil painting. He was only 18 when he presented two sets to his father for the competition for the international exhibition of arts and techniques in Paris. It's a success, André wins the silver medal.

On Martial's death, André took over the reins of the company and in turn embarked on the adventure. Both an excellent technician and accomplished artist, he undertakes to modernize the company and renew the collections, while maintaining particularly demanding criteria of excellence and quality. His creations are daring, he excels in the search for new shapes with innovative lines. He is also a great collector of old porcelain, who enjoys reinterpreting their decorations for his collections. Finally, André has the same curiosity as his father for the world of the arts, which leads him to collaborate with the biggest names like Jean Cocteau, Roger Tallon or Salvador Dali.

Bertrand, the youngest of five children of the third generation, began working alongside his father and took over ten years later. Enthusiastic, warm, passionate about art and gastronomy, he shares with his ancestors an insatiable curiosity for the talents of his time and creates artistic collaborations with the biggest names in decoration: the florist Christian Tortu, the decorator Alberto Pinto ...

A great gourmet and a fine cook, Bertrand has always been close to the greatest chefs, whom he admires and understands better than anyone. His passion sparked a wonderful encounter around a collection imagined by four hands with Thomas Keller (Hommage collection). Other meetings gave birth to tailor-made projects, inspired by the cuisine of a chef or the sublime decoration of a restaurant or a hotel ...

From an idea simple founder - the container must always adapt to the content - Bertrand Raynaud has gradually installed his vision, both humble and demanding, in the landscape of great French and international chefs. 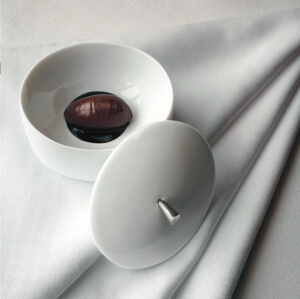 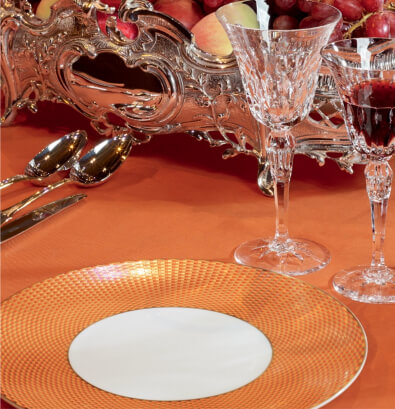 The Maison of silverware Erceuis takes a stake in the Maison Raynaud. These two iconic French names in luxury tableware are starting a new chapter in their respective histories. They pool their know-how in the service of excellence and refinement for the great tables of the world and in the most renowned palaces.

A new office is created rue Royale in Paris, in the immediate vicinity of the Ercuis-Raynaud boutique located at 8 bis rue Boissy d'Anglas. 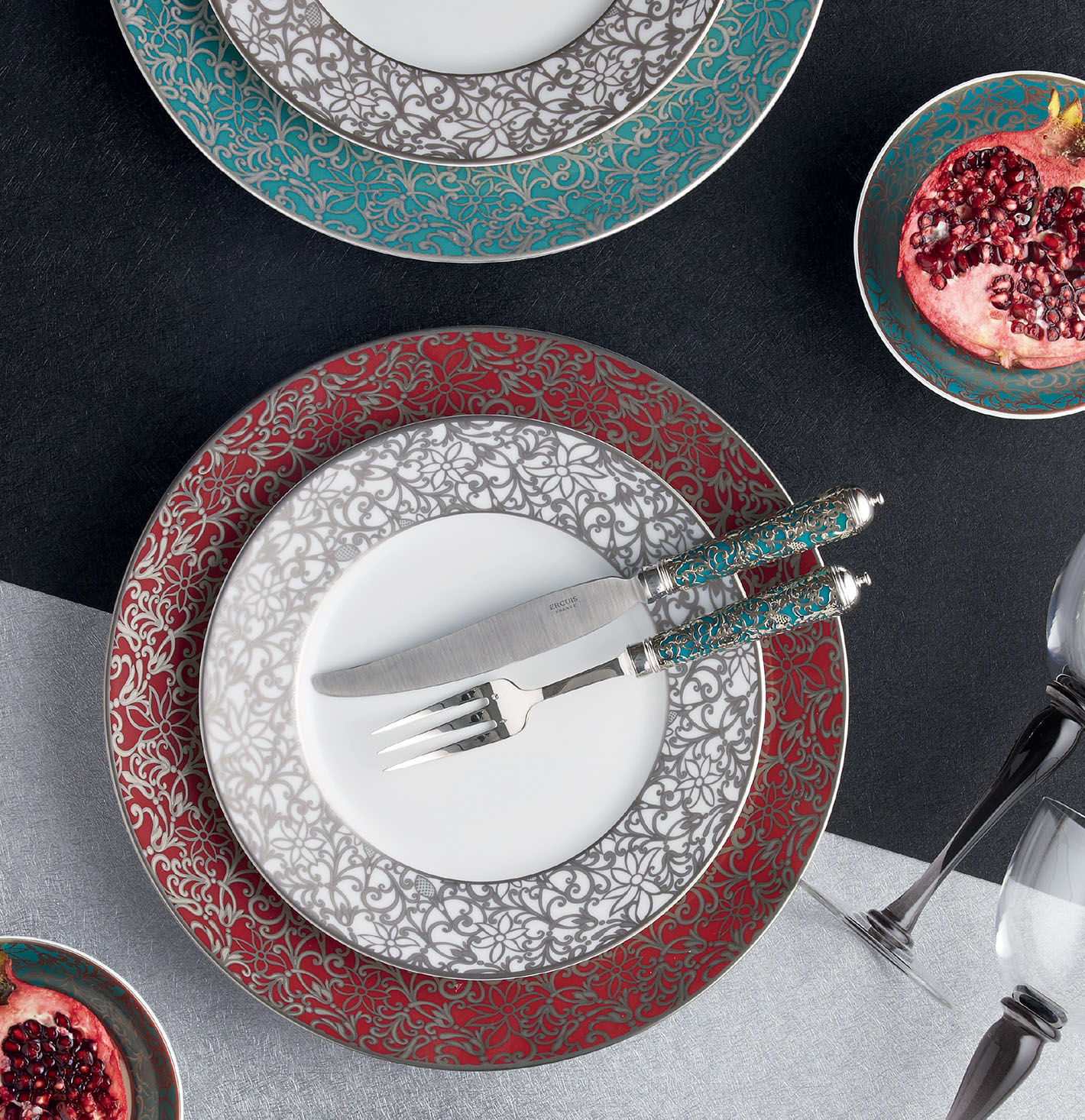 The Italian group Sambonet Paderno takes a stake in Ercuis-Raynaud, showing its ambition to grow the group's luxury segment. The Raynaud house, now backed by a leading international group of tableware and cooking, perpetuates its history and its creative vision by exploring the rich and poetic universes that make it unique. Collaborations enrich the Maison's catalog, such as the Harmonia decor inspired by an 18th century Chinese service exhibited at the National Museum of Asian Arts - Guimet, or the Italian Renaissance collection, inspired by the iconic wall motif created by the Lincrusta company. Now a century old, Raynaud continues to write its history.

DISCOVER
Need help
By phone
+33 (0)5 55 01 77 55
From monday to friday : 9am - 5:30pm
By email
CONTACT US BY EMAIL
Find a store
Need advice? Or just want to discover our products for real? We are at your disposal in our points of sale, our showroom.
FIND THE NEAREST POINT OF SALES

Get our latest news and special sales